Congratulations to our 2016 MAEE Award Recipients!

Non-formal Environmental Educator of the Year 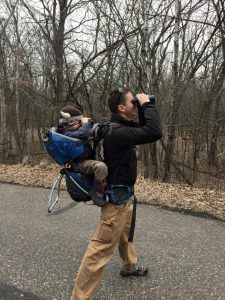 As Education Director at Belwin Josh Leonard leads outdoor science programming for 10,000 students in SaintPaul Public Schools each year. Josh has worked to provide students will quality environmental education and teachers with professional development to help them strengthen their environmental education instruction. He has worked to align the curricula at Belwin to state science standards, rebooted Belwin’s phenology record keeping, and trained teachers how to teach kids outside. Prior to his promotion to Belwin, Josh taught AP environmental science and biology at Como Park Senior High School. Josh has worked as a guide in the BWCAW, an interpreter at the Bell Museum, taught Spanish in a Waldorf School, and biology in Costa Rica. Community service activities have included service with environmental education organizations such as the Como Woodland Outdoor Classroom, the Minnesota Naturalists Association, the Minnesota Department of Education and the U.S. Green Building Council. Josh is currently working to launch the first two phenology trails in Minnesota, at Belwin and the Minnesota Valley National Wildlife Refuge to help track climate change in our own state.

Josh has a B.S. in Ecology Evolution and Behavior (2001) and a Masters in Education (2008) both from the University of Minnesota. Josh is a self-proclaimed nature nerd for life and marks the success of each season by how many days he can be out in the woods with his wife, two sons, and dogs.

Formal Environmental Educator of the Year

Anna Dutke is a distinguished educator within 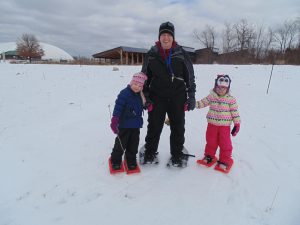 Jeffers Pond Elementary, leading the school’s Environmental Preschool Program. She has developed a completely nature-based outdoor curriculum and outdoor classroom for our preschoolers and has mentored teachers new to the nature preschool program. Ms. Dutke is also currently helping a district-wide movement educating teachers about the importance of environmental learning not only in our little learners but through 5thgrade as well.

Anna has not only created an environmental-based learning program for preschoolers, she is very active within the district as well as other communities. Anna has developed and taught several classes for Prior Lake-Savage Area Schools Community Education, including a nature camp, wilderness skills camp and an engineering-in-nature camp. Anna has also served as a Jr. Naturalist adviser, working with students in 3rd-5th grade. 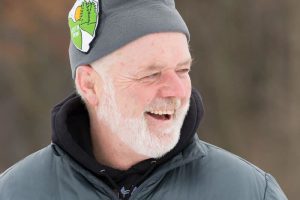 Larry Dolphin has been the director and a naturalist of the Jay C. Hormel Nature Center for 28 years. Before his position at Jay C. Hormel Nature Center, he taught in Wisconsin and Iowa. Larry has taught many generations of students throughout his career, reaching many through field trips and site visits. In addition to year-round school programs, Mr. Dolphin also established a variety of partnerships for environmental education opportunities in the community. By traveling to public schools, retirement communities, the county fair, and facilities for persons with disabilities, Mr. Dolphin and the Jay C. Hormel Nature Center staff brought free educational programs to the public. This involvement stemmed to other communities in Minnesota as well—Mr. Dolphin volunteered for many years as an “Owl Prowl” leader for the annual International Festival of Owls in Houston, MN. Also, under his direction, the Jay C. Hormel Nature Center developed Water Festival week, to raise public awareness about wise water use and water conservation issues in southwestern Minnesota.ted his retirement in  August of 2016.

Between 1988 and 2016, the Nature Center expanded by over 300 acres. Mr. Dolphin worked with private landowners and directed fundraising efforts to acquire land, which was then converted into restored prairie, with areas of woodlands and oak savannah. This prairie habitat is home to a variety of wildlife seldom seen anywhere else in Mower County.

Larry Dolphin oversaw the construction of the Ruby Rupner Auditorium, a replica settlers’ cabin, several solar array systems, miles of additional trails, and the new interpretive center, which is currently under construction. Mr. Dolphin has been integral to each step of these projects, from fundraising efforts to the careful design of the exhibits and displays for the new interpretive center.

During his career, he has been an active member of the Izaak Walton League, Audubon Society, Minnesota Naturalists Association, Minnesota Association for Environmental Education, and the Listening Point Foundation.